Time in the Print Industry: 27 years 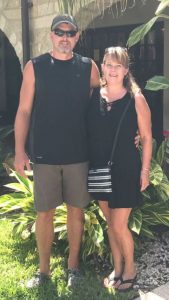 John grew up in Latrobe; his first print job was at Unity Printing.

John’s wife of 20 years, Corey, also works at Print Tech.  She began working at Print Tech at the same time as John.  If you’ve had a package kitted at Print Tech, it was likely Corey who led the effort.

John loves to work with his hands. He and his longtime buddy take on side construction projects in their area.

John and Corey have 4 kids ranging in ages from 9 to 27. They love to vacation with other family members every June in the Outer Banks, NC.